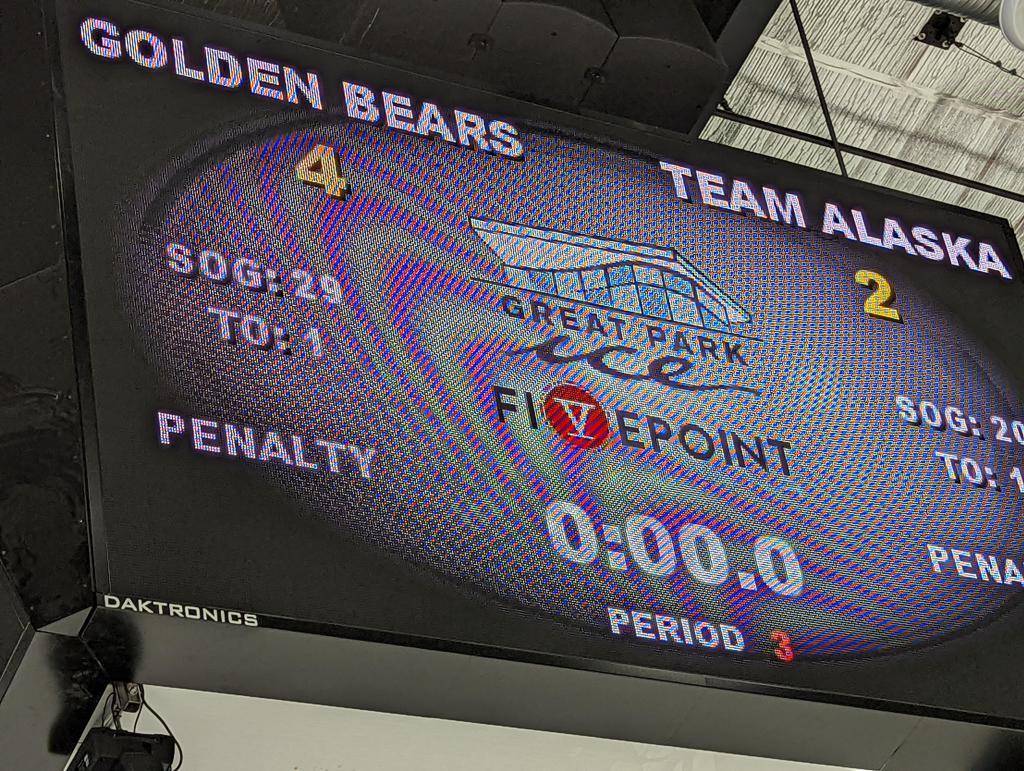 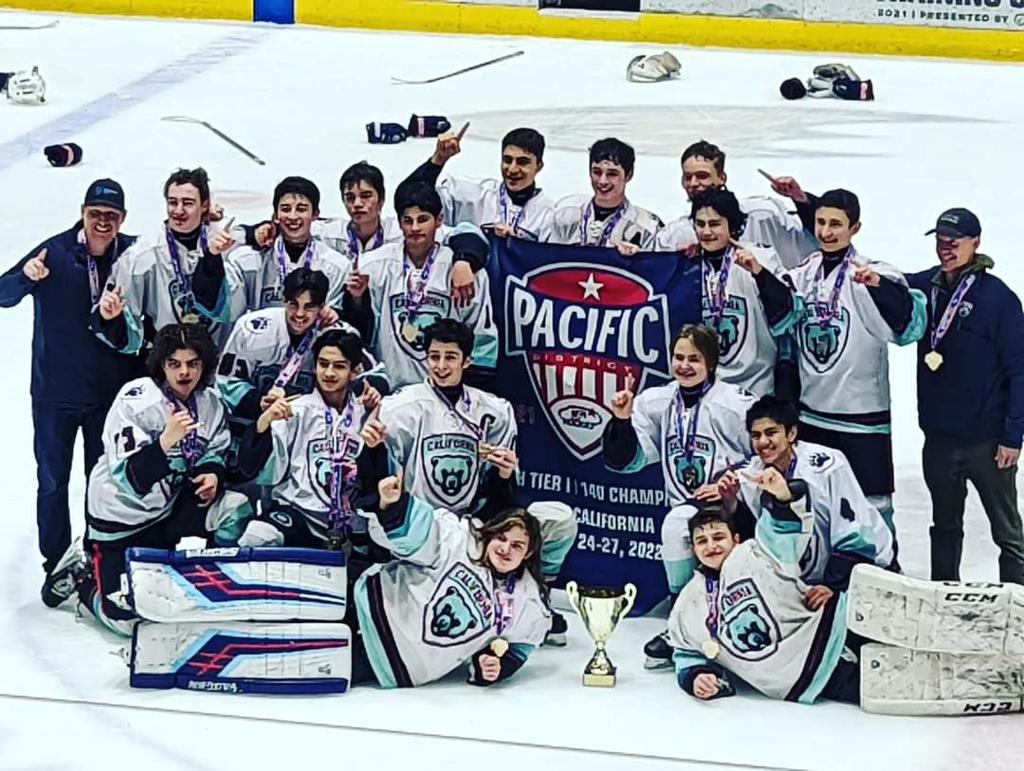 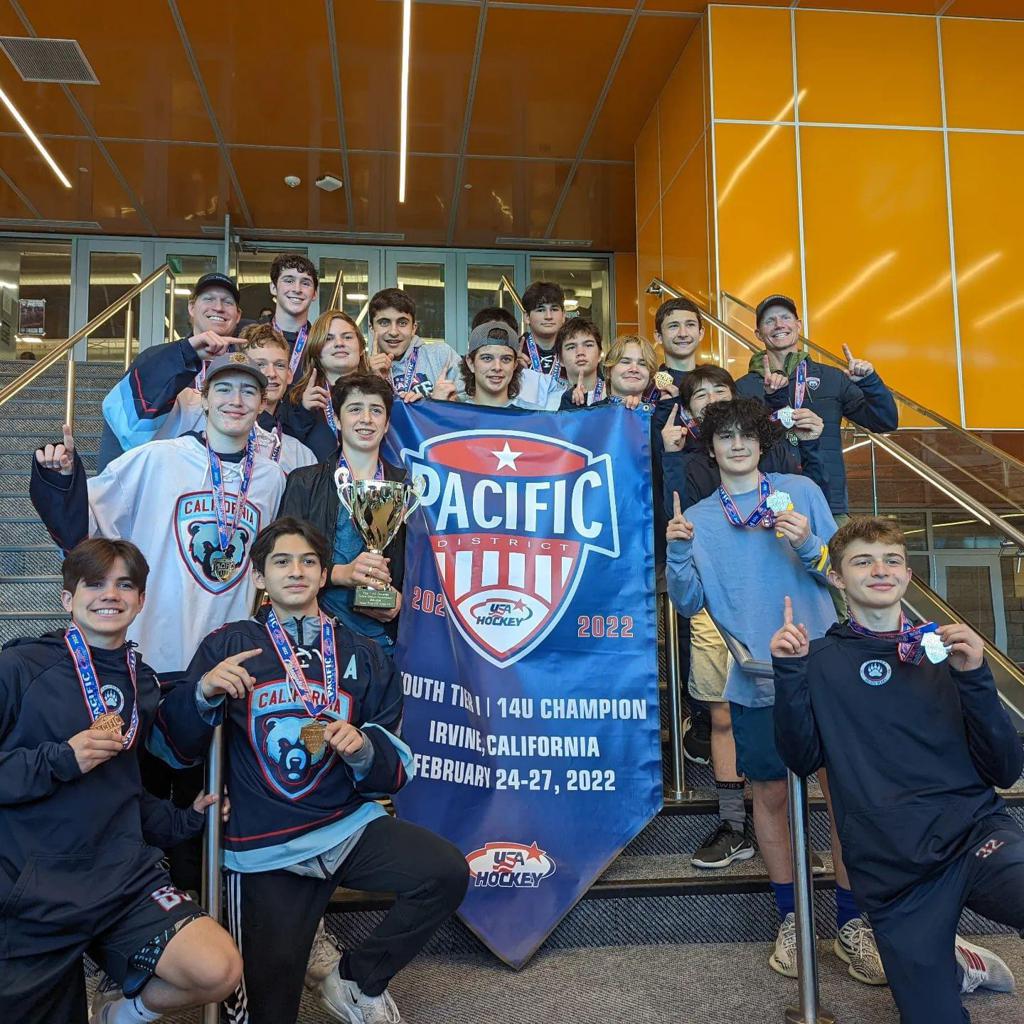 The Bears 14U AAA team stunned the hockey community by winning the Pacific District championship at Irvine, CA this past weekend (Feb 24-27). The players had a bitter taste in their mouth after losing the finals at the state championship earlier this month but it wasn’t without a lot of great suspense. Everyone thought our season was coming to a quick end after the team lost to Alaska in the first game suffering a 5-4 defeat with a last minute goal shortly after the Bears tied the game. Next up was the Kings who had taken the Bears state championship dreams a few weeks prior.  Coach Torsson said “I walked into that locker room before the Kings game and we are all just pissed quite frankly as we knew this was not how we were gonna go out. We knew the Kings had a great team but we also knew we were ready to play and could give them a game whenever we decided to do so. The kids just started making plays and let go of everything that had held them back prior in the season. We were up 6-1 at one point and whatever the Kings threw at us we came back twice as hard.” Next up was the Sno-Kings from Seattle and the Bears won 13-0. The lines were clicking, goals were tic-tac-toe over and over again, it was a display of skill and unfortunately the Bears had to keep scoring to get the top seeding in the bracket.

The team took the #1 seed as all top 4 teams had 4 points each and the quotient rule got the Bears ahead of the Kings by 0.1. Next up was the Ducks in the semi-finals who had beaten Alaska two days prior. “I watched the Ducks play and their power play was buzzing. We had to shut that down and stay out of the box. We had two different PP formations and they were doing well although we were stronger five on five. We got some momentum half way through the game and ended up with a 7-2 win” Torsson said. At the same time, Alaska beat the Kings so a re-match was in the making against the one team who had beaten the Bears a few days prior.

“I didn’t want to miss anything so I set the alarm at 4am and got up to watch the semi between Alaska and the Kings. The Alaska kids had a short bench but could skate forever so it didn’t matter. I did notice a few things they were doing to keep the wind in their sails so I created a plan to attack that”, Torsson said. Once the game started, the Bears looked a bit nervous as Alaska got a quick goal on a lucky deflection in the first shift. Torsson added “I had to pull them away from reality as much as possible because championship hockey is a huge mental process. Slowly we turned anxiety into fuel and conviction” In the second period, Mateo Zoretic showed his technique by walking a defenseman and putting it strong-side-top-corner. It really came out of nowhere and shocked everyone, including the Bears bench. Dylan Podergois followed by scrambling a puck in front of the net to make it a 2-1 lead in the third. Alaska picked up the pace and their top player came down the left side and snapped a wrister far side that was quite impressive to tie the game. Not to be outdone, Liam Collins showcased how he is a magician shortly thereafter. Torsson said “Liam goes 1 on 3 by the offensive blue line. I’m concerned about some players changing as he is doing this because that should not work and we are putting ourselves at risk so I am yelling at the players to get on the ice as soon as possible and keeping the far side guys out there. I look up and Liam is now somehow outside the last defender ready to snipe and deceptively puts it between the legs of the goalie. I was just in awe of the Liams talent and to do that in that moment on that stage was something I will never forget”. Alaska pulls their goalie and Chris Lundie completes the victory by snapping a goal from the red-line. “I don’t know how we can write that game any better from every angle. Mateo had struggled scoring and got the first, Dylan was in tears after the Thursday loss and scored the second, Liam adds a wizard goal and the weekend MVP Chris Lundie got to finish it all off in an open net. Just priceless.”

The Bears will now represent the Pacific district at Nationals in Chicago March 30 – April 4. Torsson added “It’s an honor of course but we didn’t steal this from anyone. We outright earned this opportunity and we are going up there to win without question. What seems like luck to some is nothing but a completed goal for us. We didn’t train all year to get lucky, we trained to put ourselves in a position to win which we did. We are happy, but not surprised.”