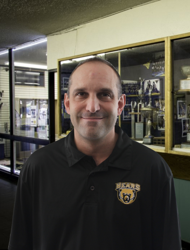 Trifun is one of the most accomplished skaters in California with over 40 years of skating experience. Growing up he played SCAHA youth hockey from Mites to Midget AAA, including a stint in 1984-85 as a Squirt AA at the California Goldean Bears.

Coach Trifun has a unique ability to bring the skating detail to the hockey community where he has improved many players from A to the AAA levels.