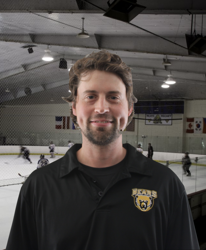 Brett is from the Upper Peninsula of Michigan, birthplace of professional Hockey.

In Hockeyville USA, Brett played 8 years of Marquette JR hockey and was named Best Defensive Player 3 consecutive years.  In his 12U season he led his team to the State Semi-Finals in Ann Arbor.

He was also named to the All-U.P. Team and is listed in the Michigan High School record books for athletics.

Brett graduated from Northern Michigan University and has taught skating/hockey classes at Pickwick's Skating Academy for nearly a decade.