8U Head Coach / 12U Assistant Coach

8U HEAD COACH / 12U ASSISTANT COACH 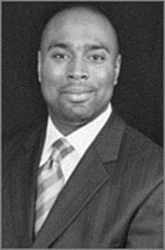 King was a Director at the National Hockey League and by the age of 31, he had become one of the NHL's most influential young executives. Aside from the traditional day-to-day operations of the League, King jointly oversaw corporate sponsorship and was directly responsible for new business development.

King received his joint degree in Mass Communications and Sociology at Miami University (Oxford, Ohio). He also was a member of the nationally ranked men's CCHA Division 1 Varsity Ice Hockey Championship Team and was a two-time recipient of an Academic and Athletic Excellence Award. King recently continued his education by completing The Program on Negotiation at Harvard Law School.