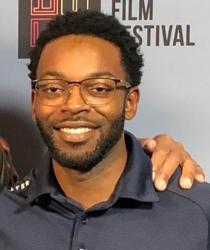 Born in Los Angeles, Cameron began playing hockey at age 5 after attending his first Los Angeles Kings game at The Greater Los Angeles Forum. Cameron was a part of the inaugural Valencia Express mite team and continued to play his entire youth career with the Express. After finishing his youth hockey career, Cameron went on to play junior hockey. Cameron played for the Valencia Flyers (WSHL,10-11,11-12) and New England Jr Huskies (EJHL, 11-12), earning his way to play collegiate hockey at Endicott College (NCAA DIII, Beverly, Ma). While attending Endicott, Cameron worked along his former coach as a grad assistant coach during his final year of school.

This past season, Cameron performed his first year as a youth hockey coach in Valencia as the Midget 16AA assistant coach. Randles enjoys giving back to the game that gave him so much, and is excited to see what the future holds here at the Bears.