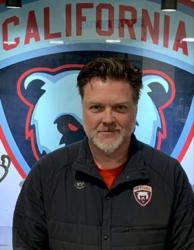 Born in Montreal, Canada and started playing hockey in Minnesota at the age of 5. Lonnie was fortunate to play hockey for the Bloomington Jefferson Program where he was introduced to a premier hockey organization which represents a long and proud tradition of dedication and excellence. This is where Lonnie learned his core values of respect, teamwork, academics, work ethic and perseverance. These core values helped propel Lonnie to
become a multiple sport athlete through high school and college. He played both baseball and hockey for Hamline University (Division III), St. Paul, MN, while achieving a double major in Psychology and Business Management. During his days at Hamline University, Lonnie was awarded a part in the feature films, Mighty Ducks II and Mighty Ducks III; where he was responsible for his ability, stunt-work and specialization as a hockey player. This opportunity quickly turned into Lonnie relocating to Los Angeles to work on multiple feature films, television shows and commercials where he was portrayed as a professional hockey player. Upon his arrival in Los Angeles, he was also selected to play Pro Roller Hockey (1997 – 2000) which aired on ESPN.

Lonnie has been coaching since 2017, currently a Level 2 USA accredited coach and is dedicated to developing youth athletes in achieving their highest potential as hockey players, students and community members while passing on his passion and love of the
game. Lonnie’s other passion is real estate, where he is currently First Vice President & Senior Director and has consistently been a Top Producer at Marcus & Millichap since 2009. His work ethic and perseverance has established himself as the No. 1 Top Investment Professional for Land Sales at the firm.