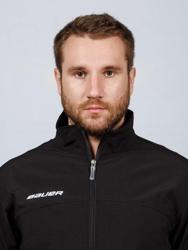 Coach Nekerov comes to the Bears Organization from Russia where he was a pupil of the Russian Hockey School in the Chelyabinsk region, the city of Magnitogorsk.  This hockey school produced players such as Evgeny Malkin, Anton Khudobin, Nikolay Kulemin, Evgeny Kuznetsov, Artemy Panarin, Sergei Gonchar, Sergei Makarov and many other professional hockey players.

After arriving to the US in 2020, he has decided to join our Bears coaching staff!